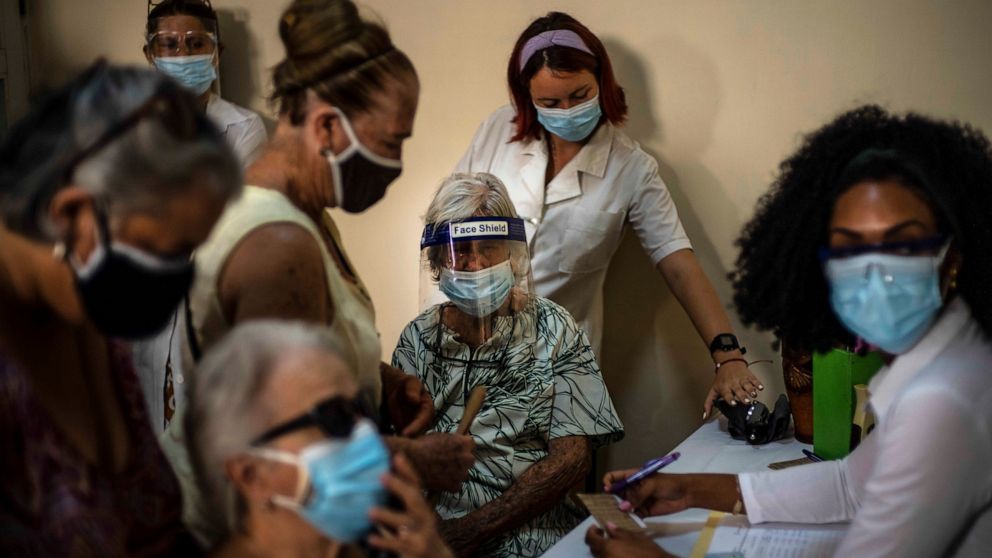 The COVID-19 pandemic is slamming Cuba like never before, even as the country races to roll out its homegrown vaccines — the only locally developed shots widely used in Latin America

HAVANA — The COVID-19 pandemic is slamming Cuba like never before, even as the country races to roll out its homegrown vaccines — the only locally developed shots being widely used in Latin America.

The island had seen far fewer infections that most other Latin American nations over the first year or so of the disease, imposing strict quarantines, isolating the infected and shutting down its tourism industry despite devastating economic consequences.

But new cases have been soaring in recent weeks, with an average of about 6,000 a day being reported in the country of 11 million people. The first three weeks of July have accounted for about 100,000 of the nearly 300,000 infections recorded altogether in Cuba since the first case arrived some 16 months ago.

Cuba’s national director of epidemiology, Francisco Durán, said Tuesday that 717 people have died so far this month in Cuba — a heavy share of the 2,019 who have died in all.

Anxiety over that spread was one of the factors that fed into the wave of street protests that broke out across the country on July 11.

Durán said transmission is “very elevated” now, especially in the central provinces of Matanzas, Cienfuegos and Ciego de Avila, as well as in Guantanamo, to the east. There’s also been a rise in Havana, the capital.

“Of course we are worried, because we see there is a high incidence in the population, above all in young children,” said Yurizam Martínez, a 53-year-old nurse in Havana. “I feel affected psychologically because we have been working for more than a year and we still don’t see the result we had hoped for. … But we have to keep on.”

Cuba has been trying to rapidly roll out the two vaccines that it has approved for massive use, Abdala and Soberana, both of which require three jabs. The government reported that both, particularly Abdala, have proven highly effective.

Duran said 18.8% of the population is already fully vaccinated and 30.1% has gotten at least one dose. Officials say they hope to have 80% vaccinated by the end of August, and children by September.

The surge — Cuba’s first real wave of the virus — appeared to start slowly after some restrictions were relaxed around the start of the year and new variants began to spread around the world.

Authorities blamed the delta variant for at least part of the problem in Matanzas, where hospitals were flooded with patients and authorities mobilized brigades of physicians to treat the ill.

“We Cubans are a beautiful people, a people who like parties, we like groups. … We have come through worse things.”

Read More:  Vaccines should end the pandemic, despite the variants, say experts