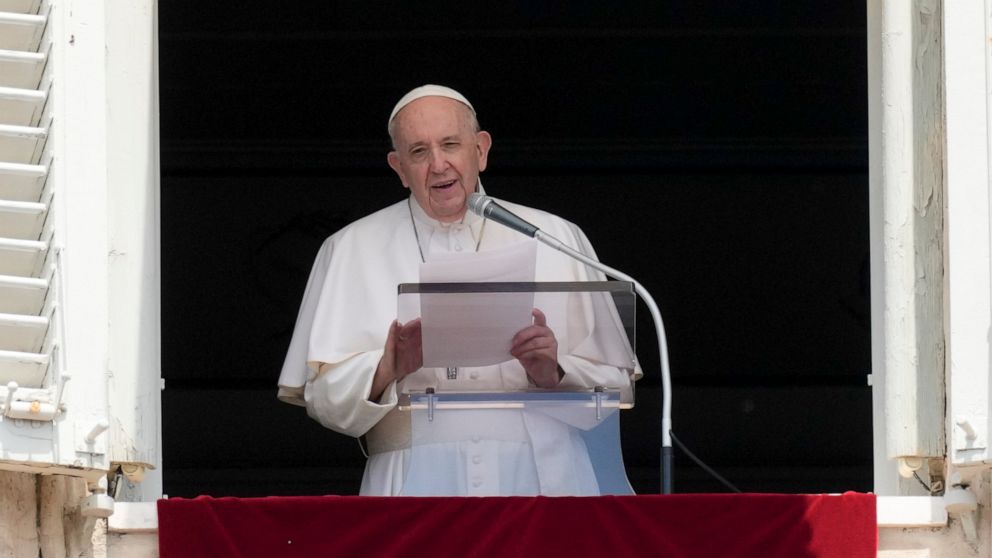 Pope Francis is demanding that humanitarian aid reach hungry people in the war-torn Tigray region of northern Ethiopia, where Ethiopian and Eritrean soldiers are blocking food and other assistance

Francis called for an immediate end to the fighting in Tigray, the return of social harmony and for “all food aid and health care assistance to be guaranteed.”

Speaking at his Sunday noon blessing, Francis said he was thinking of the people of Tigray who have been “struck by a grave humanitarian crisis that has exposed the poorest to famine. Today there is famine! There is hunger!”

The United Nations and aid groups say more than 350,000 people in Tigray face famine and 2 million more are a step away from the worst famine since 2011 in Somalia. Farmers, aid workers and local officials say food has been turned into a weapon of war, with soldiers blocking or stealing food aid.

More than 2 million of Tigray’s 6 million people have already fled, unable to harvest their crops. The war in Tigray started in November, shortly before the harvest season, as an attempt by Ethiopian Prime Minister Abiy Ahmed to disarm the region’s rebellious leaders.

On one side are guerrillas loyal to the ousted and now-fugitive leaders of Tigray. On the other are Ethiopian government troops, allied troops from neighboring Eritrea and militias from Ethiopia’s Amhara ethnic group who see themselves as rivals to the Tigrayan guerillas.

Read More:  Can poor diet cause