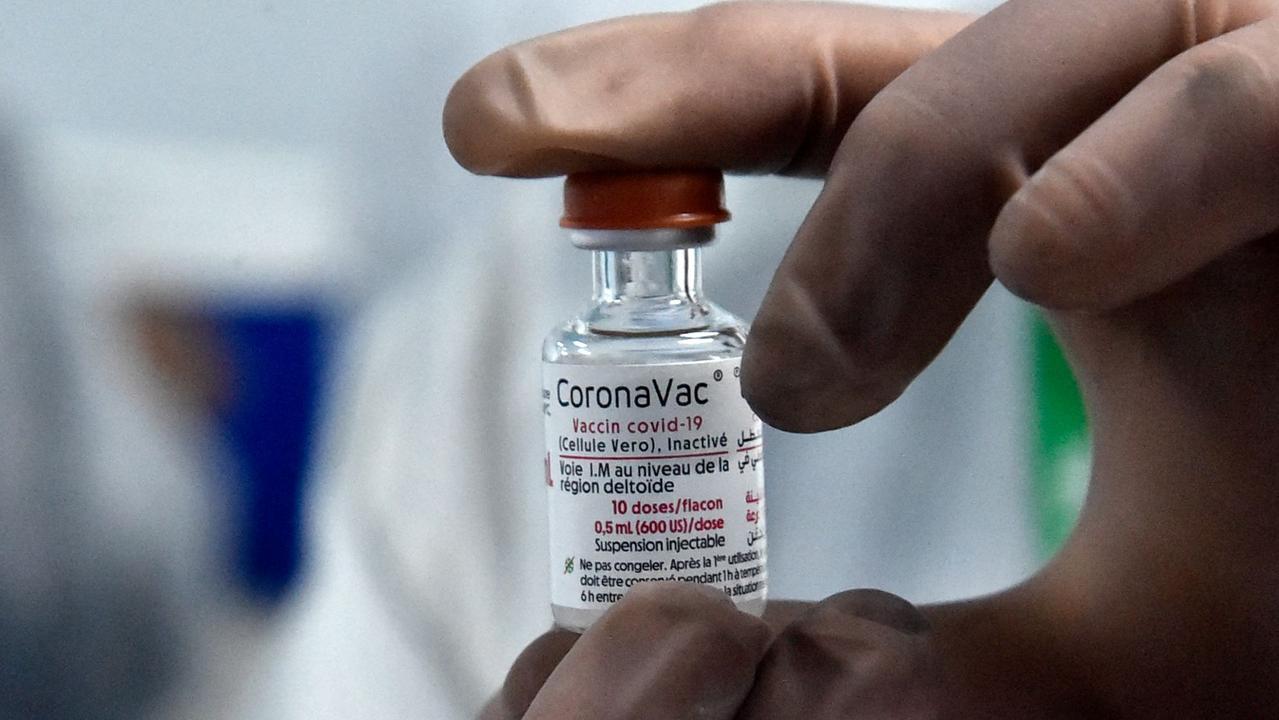 Two vaccines used across China and India will be recognised for incoming travellers.

The Therapeutic Goods Administration has officially endorsed China’s Sinovac and CovidShield, which is used in India.

They will be recognised alongside the four vaccines approved for use in Australia — Pfizer, AstraZeneca, Moderna, and Covid-19 vaccine Janssen – when international travel restrictions change.

Once states reach 80 per cent vaccination rates, the international border will reopen and people who have received both doses can travel overseas again.

Vaccinated Australians – including those who have received Coronavac or Covidshield jabs abroad – will be able to quarantine at home for seven days after arriving in the country.

Unvaccinated travellers, or Australians who have received vaccines not recognised by the TGA (including Russia’s Sputnik jab), will need to quarantine for 14 days in a hotel or another facility.

The Prime Minister said the move was particularly important for those coming from India, China and South East Asia.

“That will be important also when we move to the next phase, which I believe will be next year, where those students and skilled migrants will be able to come into the country and have those vaccines recognised as we move forward,” he said.

“This is an important next step in the national plan.”

The TGA said it would continue work on vaccine recognition for the next couple of years.

“At this point in time, TGA has received insufficient data to reach a conclusion as to the protection offered by BIBP-CorV (Sinopharm), Covaxin (Bharat Biotech), Sputnik V (Gamaleya Institute) and Convidecia (CanSino),” the TGA said in a statement.

“These vaccines could be recognised in the coming weeks or months as more data becomes available.

“We expect to receive more data not only of the vaccines listed above, but on a wide range of other vaccines already in use or in late-stage clinical trials in other countries.”