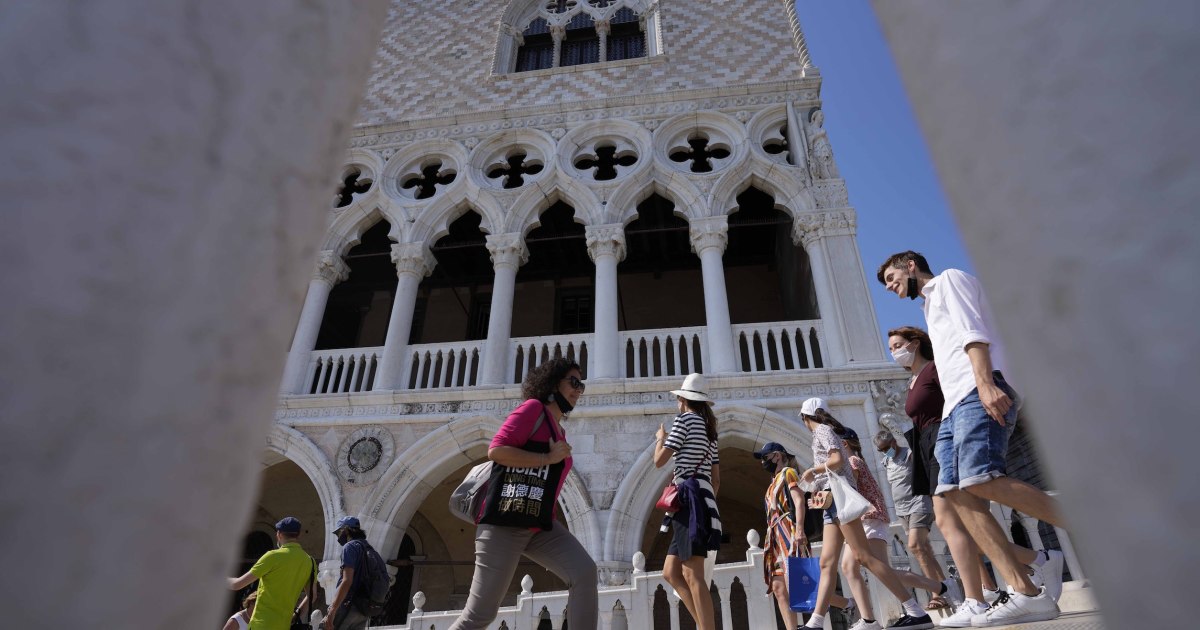 Italy and France have mandated citizens to prove they have been vaccinated or tested negative for COVID-19 to return to pre-pandemic life activities, attempting to fight off another surge caused by the highly transmissible delta variant.

“The ‘green pass’ is an instrument which Italians have been using for several weeks … We used this tool for some particular cases to participate, for example, in a wedding,” said Italian Minister of Health Roberto Speranza on Thursday. “With this decree, we are extending the use of this tool to other activities and services in a rather significant way.”

Starting Aug. 6, Italian citizens will be required to use the green pass to access most cultural or entertainment venues, such as sports stadiums, gyms, and museums. People must also present the certification to eat indoors at restaurants.

More than 40 million Italians have already signed up to use the electronic certification since its debut on July 1, Speranza said. The green pass allows residents of every European Union country — as well as non-E.U. Switzerland, Iceland, Norway, and Liechtenstein — to circumvent mandatory quarantine requirements when they visit other member states.

Italian government officials said Thursday that uniform use of the green pass would protect the country’s fragile rebounding economy as the delta variant surges across parts of the continent, with unvaccinated youth accounting for most new confirmed infections.

“The Italian economy is recovering well,” said Italian President Mario Draghi. “We have learned that without reacting immediately, the reality that seems distant to us from other countries presents itself to us. What we see happen in France, England, Spain, etc., we must assume that it can repeat itself if Italy.”

Read More:  Why We Need to Discuss the COVID-19 Vaccine with Women of Childbearing Age

French President Emmanuel Macron instituted a similar decree earlier this month, going further than other E.U. countries to mandate the digital certification to engage in most leisure activities at museums, movie theaters, public pools, sports venues, and more. The requirement went into effect on Wednesday and is expected to last through at least part of August.

“Vaccination is not immediately obligatory for everyone, but we’re going to extend the health pass to the maximum in order to push a maximum of you to go and get vaccinated,” Macron said.

“Since the start of the week, 3.1 million injections have been carried out. Last week, that figure was 2.8 million. We are heading towards another record week,” Doctolib.fr announced on Friday.

But Macron came under scrutiny for what French protesters argued was government overreach. They gathered in the thousands around the country holding signs that read, “Hands off my natural immunity,” and “Freedom to choose.”

Infection rates have risen in recent weeks in southern European countries where tourism is key for economic recovery. Now, the return of foreign visitors to popular destinations looks murky. New infections in France jumped 286% over the past two weeks.

The notion of requiring proof of immunity in the United States was unpopular, especially among Republican state officials when it was debated earlier this spring. The Biden administration already ruled out a federal mandate to document vaccination status as a condition for resuming normal life activities, such as shopping and dining at restaurants.

Still, some Democrat-led states, such as New York and Hawaii, have given people the option to use digital certifications. In contrast, several red states, such as Arizona and Florida, have banned all forms of vaccine passports.