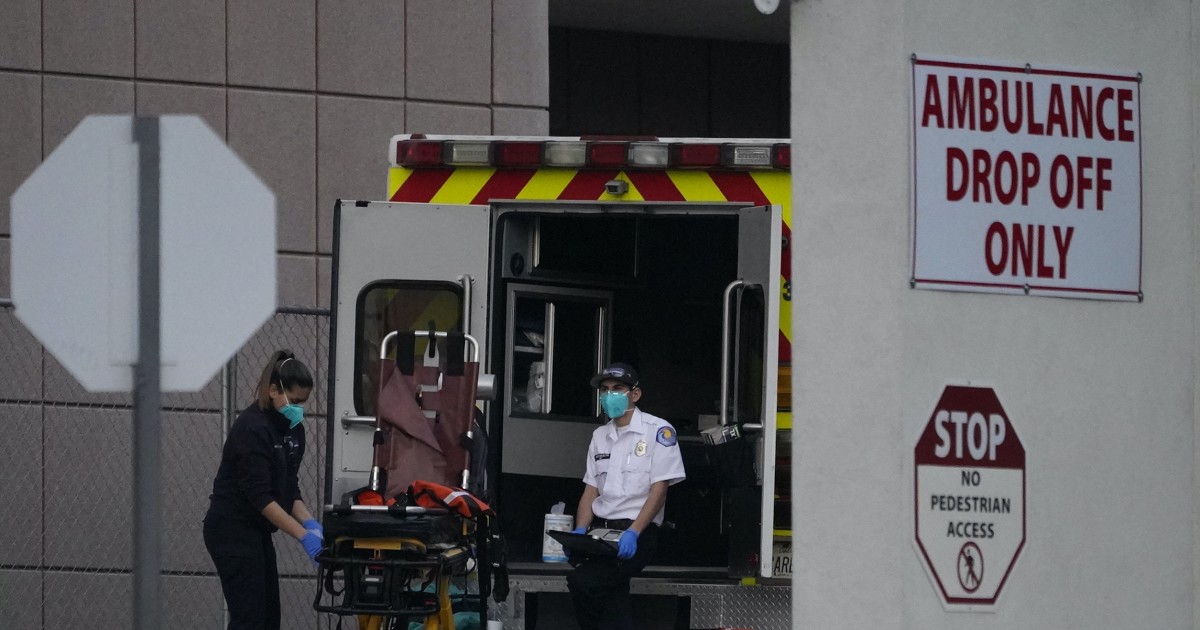 Patients in need of ambulance rides will still be at risk of receiving unexpected medical bills in January when a 2020 law to ban all other surprise bills goes into effect.

“It is a shame that Congress didn’t tackle one of the biggest types of surprise bills that patients have absolutely no control over. … Congress dropped the ball,” said Patricia Kelmar, director of healthcare campaigns at the Public Interest Research Group, a consumer protection and public health advocacy organization.

Ground ambulance services were excluded from the ban on surprise medical billing practices in most cases included in the No Surprises Act signed into law in December. Instead, the legislation requires the departments of Labor, Health and Human Services, and Treasury to appoint an advisory committee that will recommend options to protect patients from unexpected bills for ground ambulances. The committee has not issued recommendations yet, but, per the law, it has until September to do so.

Patients will no longer be responsible for paying out-of-network bills for hospital services as of Jan. 1, 2022, but they could still be on the hook for unexpected ambulance bills. The surprise bills occur when people in an emergency need to go to the nearest hospital but unwittingly take the ride from an out-of-network ambulance provider.

“You don’t really want to be thinking about cost when you need an ambulance for a heart attack,” said Loren Adler, associate director of the USC-Brookings Schaeffer Initiative for Health Policy at the Brookings Institution.

In fact, 51% of emergency and 39% of nonemergency ground ambulance rides included an out-of-network charge, raising the odds that the patient will receive a surprise bill for the service, according to the Kaiser Family Foundation.

Ambulances are covered under a patchwork of payers, Kelmar said, “and that’s where the challenge comes in.” State and local governments provide the majority of ambulance services through fire departments or emergency medical squads, but hospitals and private companies can also contract with insurers to provide those services. A lack of uniformity has made it difficult for the federal government to issue policies to bar providers from sending unexpected bills.

“Federal lawmakers have a really hard time creating legislation that makes life hard for municipalities and counties, and I think there are a lot of municipalities and counties and regions that rely on aggressive ground ambulance billing to maintain their finances,” said Karan Chhabra, a health policy researcher and surgery resident at Boston’s Brigham and Women’s Hospital.

Chhabra’s research on the issue found that roughly 71% of ambulance rides could result in a surprise bill to the patient at a median price of $ 450. But that price could exceed $ 2,000, according to a Government Office of Accountability report, especially if the patient’s health insurance has not contracted with local emergency medical services to cover some of the cost. Medicare, the government healthcare program for seniors, also may not cover the cost of an ambulance ride if it doesn’t deem the service “medically necessary,” meaning the patient’s health is not in immediate danger.

CLICK HERE TO READ MORE FROM THE WASHINGTON EXAMINER

“I actually maintain some optimism that Congress can come back to the issue in the next couple of years and either tack it on directly to the [No Surprises Act] or something along those lines,” Adler told the Washington Examiner. “There always is a little bit of legislative fatigue in Congress after addressing an issue, even when they leave a pretty glaring hole like this.”

The Biden administration issued the first in what will be several rules for enacting the 2020 law. The interim final rule, announced last week, will ban surprise billing for emergency services, such as air ambulance rides, as well as nonemergency health services. The rule will also ban out-of-network cost-sharing for ancillary services provided by healthcare professionals who work at in-network facilities but are not covered by the patient’s insurance.