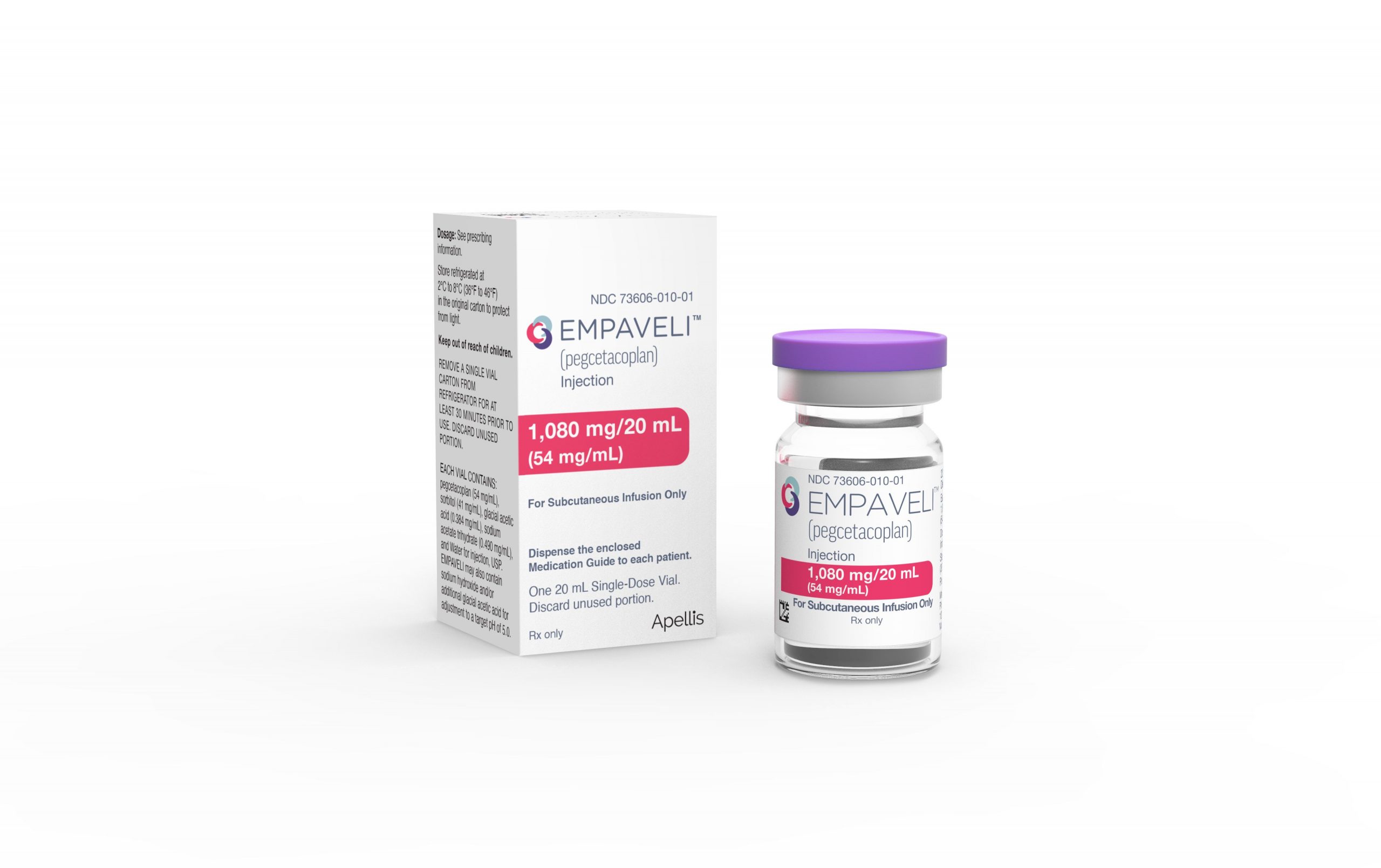 Apellis studied pegcetacoplan, also sold as Empaveli, in two phase 3 trials, known as Oaks and Derby, as a monthly and every-other-month treatment in 1,258 patients with geographic atrophy (GA) secondary to age-related macular degeneration (AMD). For the studies, investigators weighed efficacy by measuring change in the total area of GA lesions from baseline.

In Oaks, pegcetacoplan met its primary endpoint in both dosing groups, significantly reducing GA lesion growth by 22% in the monthly arm and 16% in the every-other-month group compared with sham injections after 12 months, Apellis said.

The drug failed to do the same in Derby, reducing lesions by just 12% and 11%, respectively. The drug didn’t produce any significant safety concerns in both trials, although its use was associated with slightly higher rates of exudation, or emitted fluid.

RELATED: Giddy up: Alexion challenger Apellis could race to $ 4B in annual sales with Empaveli, analysts say

Despite the conflicting readouts, Apellis is “unbelievably happy” with the results given the totality of pegcetacoplan clinical trial performance, CEO Cedric Francois said in an interview. The company plans to file the med with the FDA in the first half of 2022.

There are no FDA-approved treatments for the condition, an advanced form of AMD that eventually leads to vision loss and blindness in older people.

“This is a drug that, in our opinion, has absolutely no doubt around its efficacy and comes out with a safety profile that I think exceeds our own and other people’s expectations,” Francois said.

Meanwhile, the drug posted another late-stage upside, Francois argued. In a prespecified analysis of the combined trials, pegcetacoplan was more effective in patients with extrafoveal lesions at the start of the trials, decreasing GA lesion growth in that group by as much as 26% in the monthly arm and 23% in the every-other-month group.

GA patients typically present first with extrafoveal lesions, which then progress toward the fovea where central vision is impacted, Apellis says. That’s important because the disease is like a forest fire in the retina, continuously destroying photoreceptor cells until someone’s blind with no way to turn it around, Francois said.

There are roughly 1 million Americans living with the condition and 5 million people globally. If Apellis is able to do what others have failed, it could be looking at $ 3 billion in peak sales, Jefferies analysts recently predicted.

Pharma has tried and failed to push GA treatments over the FDA’s finish line in recent years, including an effort by Roche on its complement-inhibiting drug lampalizumab. That drug, however, crashed out of two phase 3 trials in 2017.

RELATED: Can a small biotech challenge Alexion’s Soliris? With Empaveli’s FDA nod, Apellis can give it a try

This has already been a busy year for Apellis, which scored its first-ever FDA nod in May for pegcetacoplan in patients with the rare blood disorder paroxysmal nocturnal hemoglobinuria (PNH). That has teed-up a showdown between Apellis’ C3 inhibitor and Alexion’s heavyweight C5 inhibitors Soliris and its follow-up Ultomiris, which target a different enzyme.

“If this drug gets approved, it will be the first time that complements control would get approved in a large speciality, rather than in a rare disease like PNH,” Francois said. “I think it opens up a new era for what a complement can do in many of these conditions across multiple therapeutic areas.”

Read More:  Epic and Humana enter 'next phase' of their connectivity collaboration